What Does Queen Elizabeth’s Passing Mean For Travel To The UK? 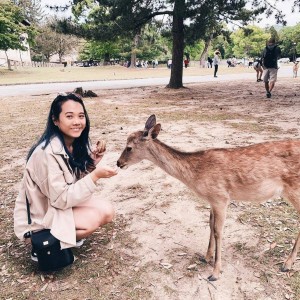 With the Queen’s death being one of the most significant events at the moment, what does this really mean for travel to the UK? Read on to know what to expect if you’re visiting London for Queen Elizabeth II’s funeral.

The death of Queen Elizabeth II on the 8th of September led to a series of events as the nation mourns for its longest-reigning monarch. But what does that mean for travel to the UK? With surges in international visitors, high hotel prices, closures, and business suspensions, here’s what you need to know when planning your trip down to witness this historic moment in London.

💜 Stay Up To Date:
– How To Capitalise On The Japanese Yen Right Now
– Epic Travel Disasters: How To Avoid The Chaos
– Formula 1 Legends To Pay Tribute To

Expect large crowds, and we mean large. As people flock from all over the world to pay their respects to the late Queen, London has seen a surge in visitors. Tourists in the UK were said to extend their trips and travel apps have been reporting a spike in flight searches to London!

Hot spots to expect huge gatherings include Westminster Hall, Buckingham Palace, Hyde Park, and Green Park Floral Tribute Garden where flowers placed at the Palace gates are being moved. Truly the effect of a great Queen who inspired many and was a consistent and stable presence of Britain’s reigning family.

The Queen’s coffin is currently lying in state at Westminster Hall, London until the morning of her funeral at 11 AM (BST) on Monday, the 19th of September. The Hall will be opened to the public for 24 hours each day, and with the masses flocking to pay their respects to the closed coffin, expect long queues, standing hours, and even longer waiting times. Remember to dress appropriately and pack food and drinks!

For those who wish to watch the funeral from the comforts of their home, watch the broadcast live on NBC News Now, CNN, ABC, Fox News, BBC News, and other major news outlets.

What Queen Elizabeth’s Passing Mean For Travel To The UK: Read up on more details of the Queen’s funeral day

As you’d probably expect by now, accommodation may be tough to find if you’re planning a last-minute trip to London. Hotels are fully booked and room rates have tripled. According to The Guardian, accommodation prices are at their peak since the 2012 Olympics, with some hotels increasing prices by over 300%! Several hotel guests have even extended their stay to witness this momentous event. Good luck folks!

What Queen Elizabeth’s Passing Mean For Travel To The UK: More info on price hikes for accommodation

The UK is currently under a 10-day period of national mourning that is set to end on 19th September 2022 and most businesses will resume as per usual. However, some attractions, museums, and businesses such as banks, supermarkets, and even McDonald’s may still remain closed or have altered their opening hours, especially on the day of the funeral, and some even after.

The Royal Collection Trust which oversees all royal estates and attractions has closed all six of its sites for the duration of the mourning period. This includes the State Rooms, the Royal Mews, the Queen’s Gallery at Buckingham Palace, Windsor Castle, the Palace of Holyroodhouse, and the Queen’s Gallery in Edinburgh.

Other attractions to keep in view:

🇬🇧 Westminster Abbey will remain closed to the public until September 21 2022
🇬🇧 Tours won’t resume until 28 September 2022
🇬🇧 St. Margaret’s Church will be closed from 16 September to 25 September 2022 and will not be accepting flowers or tributes.

Do check ahead before visiting!

What Queen Elizabeth’s Passing Mean For Travel To The UK: Learn more about which businesses will stay open/closed on Queen’s funeral day

🇬🇧 London’s bi-annual fashion week will still go on from 16 to 20th September. However, they’ll be cancelling major catwalk shows over the weekend.
🇬🇧 Raf Simon’s show on the 16th and Burberry’s Saturday show will be cancelled
🇬🇧  Major sporting events, film festivals, and Pride celebrations on the weekend of 17 and 18th September will also be cancelled or scaled back

What Queen Elizabeth’s Passing Mean For Travel To The UK: Learn more about which events have been cancelled

Don’t be surprised to find that train or bus schedules will be delayed or subjected to overcrowding, particularly in London and Edinburgh! Access to certain areas in the city center will also be restricted for safety purposes as large crowds make their way to Buckingham Palace to commemorate the Queen. Tube stations could also be subjected to temporary closures to prevent overcrowding.

What Queen Elizabeth’s Passing Mean For Travel To The UK: Click here to learn more about transport disruptions in the UK

Stay Updated As You Travel To The UK

Now that you’re up-to-date with what Queen Elizabeth’s passing means for travel to the UK, you’re all set to update your travel plans. Don’t forget to use your YouTrip card when purchasing those plane tickets! If you don’t have a YouTrip card yet, use <BLOG5> during your sign-up to enjoy a free S$5 in your account!

Be sure to check out our YouTrip Perks page for exclusive offers and promotions too. For more great tips and guides like this, join our Telegram(@YouTripSG) and subscribe to our free weekly newsletter here or down below!