Formula 1 Legends To Pay Tribute To 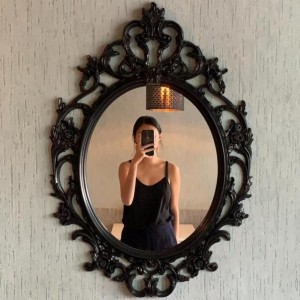 So you’ve attended a couple of F1 Grand Prix concerts, and binge-watched Drive To Survive on Netflix. What’s next? Go back to basics and learn all about some of the greatest F1 drivers of the past, present, and future in this shortlist!

Compared to the likes of soccer, rugby and basketball, F1 fans were definitely fewer and farther between. However, in more recent times we’re beginning to see a surge in the number of F1 fans, mainly due to the coverage that it receives here in Singapore. But beyond the Schumachers, Hamiltons, and Verstappens, how much do you really know about the drivers that made their mark in F1 history?

To help you out, we’ve rounded up a list of iconic racers over the decades, so that you can stay up to speed. Read on for more!

💜 Stay Up To Date:
– How To Capitalise On The Japanese Yen Right Now
– YouTrip’s UK Food Guide: What To Eat In England
– YouTrip’s Guide To Exotic Food In Australia

He may only have two championship titles to his name, but Jim Clark has consistently been considered one of the greatest F1 racers in history, given the sheer amount of F1 records he still keeps today.

Clark came from humble beginnings, having been born into a farming family in 1936. It was sheer passion, grit, and tenacity (his parents were opposed to the idea of him racing) that propelled him to stardom — consistently winning across the various races he took part in, including the prestigious Indy 500. Unfortunately, a tragic accident during a 1968 Formula 2 race in Germany resulted in him losing his life. If you visit Hockenheim, Germany today, you’d be able to find a large memorial dedicated to Clark and his legacy.

Ayrton Senna was a Brazilian racing driver with several world championship titles. As with most other notable racers, his motorsport career began in karting at 13. After several wins across various competitions, he made his F1 debut in 1984 and the rest was history.

Known for having one of the most compelling personalities and his sheer, unadulterated passion for the sport, Senna went on to win over the hearts of millions. However, this passion proved to be a double-edged sword. In fact, many of his mates had criticised him for caring more about winning than living. During the 1994 San Marino Grand Prix, Senna veered off track and crashed into a concrete wall where he, unfortunately, succumbed to his injuries.

Amongst the hardcore fans, Fangio is commonly known as one of the first-ever F1 legends. After all, he first blazed the trail with 5 title wins in just 6 years, across 4 different teams namely Alfa Romeo, Mercedes-Benz, Ferrari, and Maserati.

One of his greatest wins took place during the 1957 German Grand Prix, where he, against all odds, managed to erase a 51-second deficit in 11 laps in one of the most brutal circuits ever — a victory that is fitting for his final race. His records for his World Championship titles stood for 45 years before Michael Schumacher surpassed it in 2003. It’s no wonder why Fangio is known as El Maestro or The Master back in Argentina!

Prost was also famously nicknamed “The Professor” for his cerebral approach to the races — something that was considered almost revolutionary during his time, and subsequently ushered in an era of smarter, more strategic driving. Another career highlight for Prost was his rivalry with the late Ayrton Senna.

After competing for 13 years, he finally called it quits, and has since remained in the motorsport industry. Most recently, he has been appointed as Renault’s non-executive director in 2019. At the peak of his career, Prost was awarded the Légion d’honneur by then-president of France, François Mitterrand in 1986 — a testament to his achievements.

A name that is synonymous with racing, Michael Schumacher has left an indelible impact on the sport. With the support from his parents and his local community from a very young age, Schumacher was able to unlock his full potential — earning him the well-deserved title of being one of the greatest racers in F1 history, despite his reputation for being a rather controversial sportsman.

Schumacher was known for many things, including his impressive performance in wet conditions, earning him the nickname of “Regenmeister”, which translates to Rain Master in German. After a whirlwind of a career, Schumacher retired for the second and final time in 2012, where his son Mick Schumacher has since taken over his legacy. Unfortunately, Michael Schumacher got into a near-fatal ski accident in 2013. He has since been withdrawn from his medically-induced coma, but little is known about his current health conditions.

Even if you’re not a fan of F1, you would’ve surely heard of this name. Sir Lewis Hamilton (ICYMI, yes, he was knighted in 2021) is one of the most iconic F1 drivers of our time. After all, this man holds the record for the most Grand Prix wins, the most pole positions, and even features alongside Michael Schumacher thanks to his seven-time World Champion title — all accomplished in just 15 years.

However, he doesn’t want to just be known for his achievements on the track. He has been using his influence for good. He founded the Mission 44 foundation which aims to help people from under-represented groups gain opportunities in education and employment, as well as Ignite, a joint charitable initiative with Mercedes to support greater diversity and inclusion within motorsport. How’s that for the GOAT?

Sebastian Vettel’s racing career is inspiring in more ways than one. He first started out as a test and reserve driver back in 2006 for BMW Sauber, before making his race debut the following year with Torro Rosso. It was after a sensational performance at the 2008 Italian Grand Prix that showed off his full potential — with the industry calling him ‘Baby Schumi’, a nod to fellow countryman, the inimitable Michael Schumacher.

No one really saw it coming when this four-time world champion announced his retirement this year, after an exhilarating 15-year racing career, but Sebastian Vettel is undoubtedly one of the best drivers in the F1, with the records to boot.

Fernando Alonso’s capabilities are a testament that age is simply just a number. At 41, Alonso is one of the oldest active racers, and yet, he still has plenty to show for it. After stellar performances in 2005 and 2006 with back-to-back triumphs, Alonso saw several near-misses — losing out on the championship title on multiple occasions — but he did not waver.

The Spaniard eventually took a quick hiatus from F1 in 2018 and went on to take part in other racing installments like the Indy 500 and World Endurance Championship. He eventually announced his return to the F1 series in 2021 under Alpine, which was formally known as Renault, where he won his first two championship titles.

He may not have as impressive a CV as his other racing counterparts, but Nico Rosberg was wildly popular, largely due to his close friendship and fierce competition with Lewis Hamilton. His F1 career was as exhilarating and unpredictable as the sport itself — with him retiring just after 10 years after his debut.

It didn’t come as a surprise that Nico Rosberg decided to become an F1 racer. After all, his father, Keke Rosberg was a 1982 World Champion himself. It was likely because of his father’s influence that made him strive for a world championship with such fierce diligence, and so after 10 years of mental and physical hard work, he finally achieved his goal — winning a World Championship at the 2016 Abu Dhabi Grand Prix. He retired shortly after fulfilling his dream, but his legacy still lives on.

He may still be considered young blood, but if you’ve seen him on the Netflix series and watched the controversial Dutch Grand Prix where he beat Lewis Hamilton, you’d know that Max Verstappen is a force to be reckoned with.

While the 24-year-old had already been making waves since his days as a junior racer, his fame officially hit full throttle at the 2016 Spanish Grand Prix, where he became the youngest-ever driver at the tender age of 18 to win a Grand Prix. His winning streak continued over the years and he has since chalked up 30 wins — with definitely more to come.

The Best Of The Best In F1 History

Now that you’re up to date with some of the biggest names in the sport, it’s time to don your favourite team’s merch, and get ready for a weekend of exhilarating races at the upcoming Singapore Grand Prix! If you haven’t already gotten your tickets, don’t forget to use your YouTrip card to make that purchase!

If you don’t have a YouTrip card yet, use <BLOG5> during your sign-up to enjoy a free S$5 in your account! Be sure to check out our YouTrip Perks page for exclusive offers and promotions too.

For more great tips and guides like this, join our Telegram(@YouTripSG) and subscribe to our free weekly newsletter here or down below! Your F1 Lens: Best Spots To Catch The F1 Race In Singapore