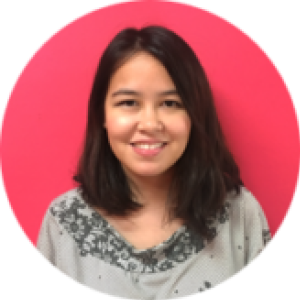 My summer exchange programme in Queretaro, Mexico was not only an experience in culture and sights, but also an adventure with amazing people to remember!

Though I visited Mexico more than eight years ago, the experience is still close to my heart.  I spent six weeks there as part of my NUS summer exchange programme – the longest I’ve ever been away from home.

Now with most student exchanges coming to a standstill, and university students called back to their home countries, I’ve come to value my trip more than ever.

I’ve always loved visiting far-flung locations because of the excitement of immersing in another culture. When I got the chance to study in Mexico, I couldn’t pass it up!

Parents, being parents, were hesitant to let me go on a typical semester-long exchange (due to the costs and being away from home for too long), a shorter summer trip was the perfect alternative.

Of course, there were still reservations from family and friends about me visiting Mexico. Media coverage sadly stereotypes it as an unsafe country filled with drug cartels and border conflicts.

In reality, Mexico is a huge country filled with many states. Much of its violent crime is situated in states like Chihuahua, Tamaulipas, and Guerero. The state where I lived in − Queretaro − is one of the safest.

In fact, its crime rate is lower than most large American cities! Gun control laws are tight as well, unlike a certain neighbour up north (hint: it’s the US). I felt no danger walking around alone, taking sensible precautions like not roaming around deserted alleys at night.

Still, whenever someone heard I was going to Mexico, the common response would be:

Determined to prove them wrong, I went ahead and bought my plane ticket, travelling with a group of 15+ fellow students from my university.

My summer programme was at Tecnológico de Monterrey’s Queretaro campus, a private university known for its business school. I studied two modules there − Mexican culture and Introduction to Spanish.

While Spanish tops many lists of ‘easiest languages to learn’, many of us still had trouble grasping the basics. For instance, it was extremely confusing to learn how certain nouns, including objects, were designated as either masculine or feminine.

Nouns ending with the letter “a”, such as ‘silla’ (chair) are considered feminine. In contrast, masculine nouns end with “o”, such as ‘pueblo’ (town) or ‘libro’ (book).

I’d love to report that I was able to converse fluently in Spanish after taking the course. I still had much difficulty even communicating with my Mexican cab driver, needing to use Google Translate to give directions. Learning any new language is tough, even one with close resemblance to English!

Fortunately, my Mexican culture class was smooth-sailing in comparison. Our native-born professor had a keen passion for his own culture as well, and would pepper his lectures with numerous jokes and personal anecdotes.

One particularly interesting topic was how death is celebrated in Mexico, especially during the Day of the Dead on 1 November. Deceased friends and ancestors are commemorated through festivities like feasting, costumed parades, music, and shrines.

As our professor shared, death-related jokes are commonplace as well. This is a stark contrast to Chinese culture, where death is often a taboo subject to be avoided, including any numbers and symbols associated with it (e.g. the letter 4).

As many local university students were on summer break, I didn’t get to meet many of them. However, I did opt for a homestay experience with a local family.

The family of four included Imelda, our host mum who worked as an administrative staff at the school’s campus, her husband and their two teenage sons Olaf and Andre. Their homely terrace apartment was a 15-minute ride from campus, and they would help us with laundry and cook simple meals for us.

Initially, communication with them proved quite a challenge, given that only Olaf was fluent in English. Thankfully, Google Translate app made conversing a little easier, and we did get to know them better as the weeks went by. They even invited us to a few family events, including the baptism celebration of a close relative. Baptisms are a huge affair in Mexico, with the gathering of extended family and a sumptuous lunch buffet.

Our host family also put together a small celebration for my roommate’s birthday, complete with a song routine and tequila specially made by Imelda’s grandmother.

I have fond memories learning to dance salsa from them as well, and discussing daily life including Mexican politics (let’s just say it’s a complicated, frustrating affair).

As weekday classes ended in the early afternoons, my peers and I had plenty of time to explore the beautiful city of Santiago de Queretaro. Its highlight is its Baroque-style aqueduct, built during the 18th century to bring clean drinking water to the town. Spanning the length of almost 1.3 kilometers, the aqueduct can be clearly seen from most highways around the city.

The historic city centre has also been declared a UNESCO World Heritage site. As we wandered its streets, we admired the colourful, colonial-style architecture and monuments. I recommend visiting the Museo Regional (Regional Museum), housed in an old convent and filled with exhibits detailing the history of the state.

I also loved Jardin Zenea, the town’s scenic open plaza with a lovely park and live music on the weekends. Further away from the city centre, you’ll find Mercado La Cruz, a lively local market filled with fresh produce and other wares.

Interestingly enough, many locals we met had never interacted with Asians before, and a group of them even requested to take pictures with us. Many had also never heard of Singapore and were unaware that we are a multicultural nation.

My guess is they never got the opportunity to travel to our region. This made me really thankful for all the travel opportunities I received at such a young age.

During long weekends, we travelled out of Queretaro to popular tourist destinations like Mexico City, Guanajuato and the Yucatan peninsula.

One of my most memorable experiences is simply relaxing along Cancun’s beaches, which boast crystal-clear waters in several shades of blue. The city’s also known for its vibrant nightlife and classy resorts. Being students, we chose to stay in a hostel to stretch our dollar further.

If you’re fascinated by ancient civilisations like me, Chichen Itza in the Yucatan is a must -see. A large pre-columbian city built by the Mayans, walking around the ancient ruins was a surreal experience.

The highlight was El Castillo, an intricate step pyramid dedicated to the serpent deity Kukulcan and the alleged site of numerous ritual human sacrifices.

Another unforgettable adventure was swimming and snorkeling in a cenote at Labnaha Eco Park, located in the bohemian town of Tulum. Cenotes are underground, water-filled sinkholes formed via the collapse of limestone bedrock.

Looking up and seeing long stalagmites hanging from the ceiling was definitely a sight to behold.  The cenote contained several pitch-black tunnels which we swam through as well − a scary but exhilarating experience.

Looking back, I’m filled with so much gratitude at the opportunity to study abroad – even just for the summer. Sadly, COVID-19 has put a stop to most university exchange programmes, with much uncertainty on when they can return in full force – which experts predict 2023 for travel to fully resume.

Many students are cut off from the invaluable experience of living in a foreign country for a prolonged period, and connecting with individuals from various cultures. There’s much to explore in our beautiful world, and we only see a small part living where we are!

When such opportunities return, I’d advise any student to take them without hesitation. To lower costs, consider staying in hostels when travelling around, or living in homestays and campus accommodation. Once working life begins, it’s practically impossible to travel overseas for more than 2 weeks. Even if your job entitles you to travel, business travel doesn’t accord you much free time for taking in the sights.

Borders might be closed at the moment (see which borders are gradually opening up), but when more reopen and you have an opportunity to go on an overseas study trip, take it up! Also, now that YouTrip exists, it would be extra handy to have the YouTrip card to take advantage of the Wholesale Exchange Rates to save even more money overseas – in addition to your current e-commerce savings on overseas sites like iHerb, Muji Taobao, and Amazon US.

For more stories like this, as well as tips and guides, join our Telegram (@YouTripSG) and subscribe to our free weekly newsletter here or down below!

How My Family Escaped an Extortion in Vietnam