Best VPN Service for Singapore 2021: Have The Internet at Your Fingertips! 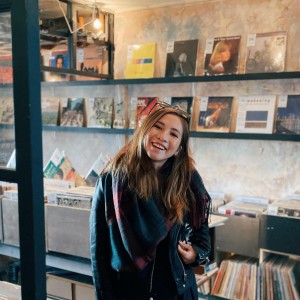 All you need to know about using a VPN in Singapore so you can access more content worldwide for cheaper!

TBH I’ve never considered getting a Virtual Private Network (VPN). Like a mythical entity you hear about in folklore, I’ve known of its presence (and benefits) for a while now but I never acted on discovering it for myself. That was until Circuit Breaker hit. A week into lockdown and I was bored. I had gone through whatever Netflix Singapore had to offer and my friends and I were dying to uncover new films to watch together on Netflix Party. That was how my search for the best VPN began — purely for entertainment purposes. However, as I researched my way down the rabbit hole of VPNs, I uncovered other great reasons for getting a VPN. So, if you’re on the fence and wondering what it could do for you, or just wondering which to get, you’re at the right spot.

What is a VPN?

A VPN is essentially a genius software that, once installed onto your device, masks the IP address to allow its user access to the whole internet whenever and from wherever. This includes otherwise geo-blocked websites and content from around the globe. If we go back to my example, this meant me being able to get on Netflix Germany, Shudder Australia, Hulu, and so on, just by changing my IP address to appear like I’m in a different country!

And in case you were wondering — yes, it is legal in most countries except Saudi Arabia, Iran, North Korea. Some countries like Russia impose stricter guidelines on VPN usage, but for the most part, it isn’t illegal there! As a rule of thumb, we say, keep within Singapore’s legal boundaries (i.e. don’t partake in illegal activities) and you should be good.

Why Should You Get a VPN?

Say goodbye to pesky error messages such as “the uploader has not made this content available in your country”. From now on, you’ll be able to access content across the world wide web: think news channels, NBA telecasts, and even that Super Bowl halftime show you’ve always wanted to see! This is especially useful for countries that are oppressed with heavy censorship. Psst — Genshin Impact players, you can even score cheaper in-game currencies by using VPN!

Another plus point of a VPN, and a rather important one, is internet safety. My boyfriend recently told me a joke in programmer-speak that he chanced upon on Reddit — What screams “I’m insecure”? Http instead of https.

Jokes aside, being ‘insecure’ on the internet is no laughing matter because that means leaving your personal data, bank info and other private information at the mercy of nefarious hackers and data-collectors.  Thus, the VPN helps by encrypting your data and keeping your online activities truly private.

Many online stores display a different price based on location. The same product in the US could be selling for way cheaper in China, or vice versa. Thus, with a VPN, you’ll be able to teleport through the web to score the best deals! Fans of ASOS, here’s a quick tip: change the ASOS currency to GBP in order to further sidestep those price differences. Save more while you’re at it when you check out with your YouTrip card and take advantage of the best Wholesale Exchange Rates!

Okay, now that you’re sufficiently convinced, let’s take a look at the best VPNs on the market for Singapore.

Here are some of the most popular VPNs — most are good but it depends on what features are important to you as a user. While most VPNs on this list can unblock streaming service like Netflix, do note that certain platforms may employ VPN blockers to try and keep users from skipping fences. But NordVPN and ExpressVPN are both known for resolving this.

Another feature to look out for is the kill-switch, which enables you to instantly disconnect from the internet and protect your real IP address in the scenario that your encrypted connection drops. This is available with CyberGhost, PrivateVPN or VyprVPN.

Crowned Best overall VPN 2021 by TechRadar, ExpressVPN is the steepest of the bunch in terms of price — but for good reason. Whether you’re operating on Windows, Mac, Android, iOS or Linux, this all-rounder VPN makes it extremely easy for you to run their app plus extension (Chrome and Firefox) on your platform of choice. Security-wise, you’ll be pretty much secure – thanks to their use of data-safe protocols plus encryption. Plus! There’s a free 30-day money-back guarantee.

I’m gonna start by saying that NordVPN isn’t the most intuitive or user-friendly VPN around — especially when you compare it to the likes of ExpressVPN. But! They make up for it with a laundry list of pros. Other than having their very own custom protocol ‘NordLynx’ that boosts reliability and connection speeds, there’s also the option to turn on its double VPN system for double encryption for double the security! The download process for NordVPN is straightforward, with extensions for both Chrome and Firefox and they have excellent 24/7 customer support should you face any difficulties. Pricewise, it’s on the lower end of the range. If you aren’t able to commit, they do offer a free 30-day money-back guarantee as well.

CyberGhost VPN feels very approachable for first-timers, thanks to its super cute graphics and easy-to-use interface. There are apps for Mac, iOS and Android, but the Windows app far surpasses the rest! Unfortunately, their mobile apps feel a bit barebones compared to their desktop or laptop versions. That’s a small price to pay compared to their super speedy connection, very affordable pricing and that free 45-day money-back guarantee.

4. Surfshark: Best VPN For Users On a Budget

Surfshark’s strong marketing through content creators on Youtube have gotten it some hype and credibility amongst viewers. This VPN is great for those on a budget because of its very affordable pricing and no-frills approach when it comes to its interface. While it may lose out to some others on this list when it comes to speed, they do offer unlimited connections for Windows, Mac and Linux. There may be a lack of audits on their no-logging policy but they have also five data-safe protocols in place plus private DNS and a double VPN system — making this VPN extremely secure if you’re willing to overlook a slight lack of transparency. Oh yes, there’s a free 30-day trial available here too.

Don’t sleep on this slightly underrated VPN, especially if you’re big on mobile usage. They offer unlimited connections for Windows, Mac and Linux — plus superb Android and iOS apps with which you can connect support directly from! If you’re willing to put up with average security and speed, and if you don’t use Amazon Prime Video or BBC iplayer, this affordable VPN might be the one for you. Not sure? It’s okay, they have a free 30-day money-back guarantee too!

This VPN is very very very affordable. We can end it there but okay let me go on. They’ve got a no-logs policy (aka they won’t save or collect any info passing through their network including your search history, where you go online, etc.), plus a Stealth VPN mode that is very good for bypassing censorship (Great for use in China whenever travel bubbles and corridors become a thing). Its security is also customisable — in case you wish to have the freedom to choose encryption algorithms and/or are looking for a good selection of data-safe protocols. There is also a wide range of apps available, including manual installation guides for Linux and Kodi. The downside is that their kill-switch is only available on Windows, and there isn’t a 24/7 live customer support. On the fence? Think about it while trying it out with their free 30-day money-back guarantee.

Their logo looks cool. If that’s not good enough of an incentive, perhaps their no-logs policy will win you over (they get audited by an external security firm for extra transparency). This affordable VPN is available on a range of platforms: Mac, Windows, Linux, Kodi, QNAP, Android, iOS and Chrome OS. There’s even a Speedy Wireguard protocol for desktop and mobile apps (avoid using OpenVPN if you like it fast), and a kill-switch that works great on Android apps — unfortunately, this same kill-switch is only available on Windows, and without a 24/7 live customer support, in case you were planning to moan about it. Sorry Apple users! However, they’ve got a free 30-day money-back guarantee to make the deal a little sweeter. but no 24/7 live customer support.

Straight up, we’re going to say that this VPN isn’t for experienced users or streamers (it does not unblock Netflix, BBC iplayer or Amazon Prime Video). There also isn’t a trial period or any money-back guarantees. Still, it’s affordable enough for casual users to try out. Set-up is easy here — plus they offer their app on a range of platforms: iOS, Android, Mac and Windows, with extensions available for Chrome, Firefox and Opera. Bonus: they have their very own version of a kill-switch called VigilantBear! Unfortunately, it doesn’t work as well on Windows. But how cute is their VPN mascot?

Hola is great at unblocking sites. This is because of how it works — it’s a ‘peer-to-peer’ VPN (i.e. traffic is routed through users). So, no matter what browser extension (Chrome, Firefox, Opera and Edge) you’re using or platform (Android, iOS, Windows and Mac) you’re on, it makes VPN-usage detection from sites quite difficult. However, do note that if you’re looking for strong security, this VPN may not be it. Only your browser traffic will be protected — nothing else is encrypted. This means that you could be implicated if others are doing shady stuff because your server could be an exit for any other user. There’s a whole lot more monitoring and logging here than with other VPNs. And if you’re expecting to do unlimited lengths of streaming… this free VPN is only good for an hour per day.

Feeling lost? That’s okay, here’s a table to sum it all up.

Which VPN is Best For You?

With a whole bunch of VPNs to choose from, you’re now ready and protected to travel the World Wide Web — no matter where you are. Which ones are you interested in getting? Comment down below!