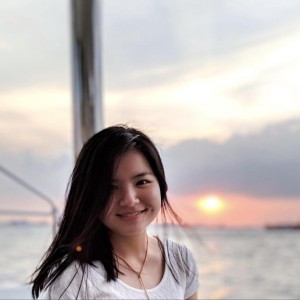 You may find it easy to laugh at the series’ exaggerated and predictable plots, but nothing beats their over-the-top love triangles, damsel in distress storylines, and melodramatic deaths. If you’ve never dipped your toes in this other side of Asian dramas, bookmark this page to start binging on Viu today!

What’s the first thing that comes to mind when you hear talk about Chinese dramas? All I can think about is my dad, sitting on the sofa, completely engrossed in an onscreen Wu Xia Xiao Shuo sword fight. On the other hand, when Hong Kong dramas are mentioned, Tony Leung comes to mind — together with the whole cast of Shang-Chi. Yes, that might be inaccurate but it was what got me interested in revisiting the genre. If you’re in the same boat, you probably think Hong Kong & Chinese dramas don’t have much to offer when compared to their Korean or western counterparts. But, wait! While they may not be as tightly scripted (debatable) or well-funded (also debatable), there is a certain nostalgic comfort that comes with watching these feel-good and slightly predictable soap operas — especially when reality has brought us enough twists and turns.

If you’re new and not sure where to begin, read on for the complete starter’s guide to the best Hong Kong and Chinese dramas on Viu (don’t worry, they’ve all got English subs!).

Who Might Like This: Eternal Love is the gateway drug of Chinese dramas. If you believe in soulmates, this one’s for you.

Is there such a thing as the one for everyone? In this series, two deities were thrown into the mortal world after sacrificing themselves to seal a demon lord. As mortals, they lost their memories from the past. However, fate brought them back together and, spoiler alert, they fall in love without knowing that they’ve gone through three different lives and three different worlds. Other than its memorable love story, there are also some great ancient Chinese myth references in there.

2. A Love So Romantic

Who Might Like This: Selena Gomez once sang “the heart wants what it wants” — well, that’s what the protagonist, Su Xiao Wan, strives for. If convoluted and manipulative love stories are your jam, you might dig this.

Xiao Wan’s a flower girl who accidentally made a ‘sibling contract’ with the eldest son of a jeweller. Unfortunately, he turns out to be intolerable. So, she cunningly finds a way to trick him into becoming slightly more manageable — but not enough to tame his sharp tongue. Annoyed, she finds solace in a second ‘brother’ who genuinely cares about her. But what happens when their love turns out to be more than mere sibling affection (keep reminding yourself that they aren’t actually siblings and you should be fine)?

When the Zheng dynasty slaughtered the Merfolk in an attempt to obtain a magical pearl, Hai Shi lost her parents and her entire village. An officer found her and made her his disciple while hiding the fact that she is a girl. However, the emperor found out about her true identity and started to fall in love with her. If you were a Hana Kimi stan growing up, you might like this one.

Who Might Like This: It’s a good reminder for moments when you’re faced with hindsight bias. Also, it’ll make you question if changing your past will really make you happier.

If you could have met your future spouse sooner, would you? In this drama, a girl falls into a coma after a plane crash. In the coma, she travels 10 years back. Like any human, she has many regrets in life that she hopes to alter. So she uses this opportunity to do just that: save her mother and meet her future husband earlier in order to spend more time with him. However, she encounters many challenges along the way.

A socially awkward but intelligent mathematician joins the military in China — particularly, the decoding division, to crack enemies’ codes. Many doubted the protagonist’s ability as he is clinically autistic, but he is their only hope because no one has ever decoded the purple code before. To make things worse, the previous bloke who tried, turned mad.

Ossan’s Love is a Hong Kong remake of a famous Japanese BL series of the same title. A young and charming real estate agent moves in with his coworker. At the same time, his boss starts catching feelings for him too. And just like that, BAM, you’ve got a love triangle between three hilarious guys in the workplace! We loved that the Hong Kong remake maintained its typically-polished production whilst putting a heavier emphasis on the supporting cast.

2. Sometimes When We Touch

Who Might Like This: This drama has a supernatural premise, but there is little to no real horror to it. The only thing you might need to brace yourself for is the roller coaster ride of emotions. While light-hearted in nature, the series will take on some serious themes and issues of death and life.

Sometimes When We Touch originally aired in Mandarin but later got dubbed in Cantonese on Viu. The story follows a ghost whose duty is to gather souls that enter the Netherworld — however, she unintentionally intervenes in nature by saving the soul of a man who was supposed to die. To make amends, she is tasked to guide a number of souls due for reincarnation.

The Gutter depicts a mirror of most couples’ journey in life from childhood to adolescence while taking into account the influence of family origin, sexual relationships and friendships. Starring Bowie Lam, The Gutter is ViuTV original series that tells a story about the life of six individuals over a span of 20 years. Compared to HK’s typical snappy plots, The Gutter is a slow-burner.

When three friends start work at the narcotics unit, all they were expecting was a good time. However, their lives were immediately plunged into danger: one is assigned an undercover case, the other is framed by a gang, and the third has a clash with a powerful Thai drug lord — how will their friendship survive? I guess there’s only one way to find out!

Just as the title suggests, Single Papa tells the story of a single dad’s journey after his wife passes away in an accident. Through the twists and turns of raising a kid and managing a convenience store, the protagonist grows in character and learns about sacrifice. But, things take a turn for the unknown when friendships are formed with various women who may or may not be good for him.

Cosy Up And Viu These Best Hong Kong and Chinese Dramas!

Before you begin, make sure to check out these Bluetooth speakers and projectors from Amazon US to further enhance your cinematic experience at home. And since the holidays are approaching, why not gather your housemates together for a good ol’ fashion marathon?

In between Viu’s commercials, keep productive by shopping our list of Christmas gifts under $50 or these best family-friendly board games for those holiday get-togethers. Just remember to use your YouTrip Card and cash in on our attractive Wholesale Exchange Rates whenever you shop online!

If you still haven’t gotten your free YouTrip card, use our special promo code <BLOG5> to sign up and receive a free S$5 in your account! For more great guides like this stay on top of things by joining our Telegram Channel (@YouTripSG) or subscribing to our free weekly newsletter here or down below!

20 Best Horror Movies To Stream For An Ultimate Screamfest

A Beginner’s Guide to The Best Netflix Korean Dramas