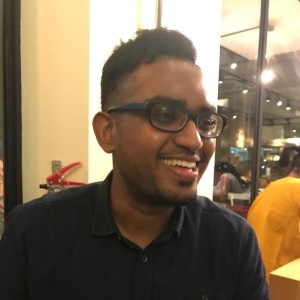 The world’s first floating Apple store in Singapore is sure to draw plenty of visitors, but how does it compare to other unique Apple stores in the world?

Apple isn’t a brand that keeps things lowkey. When they do something – whether it’s a new product, a software update, or a new store – they make sure the world knows about it. True to form, their third Singapore store has got the whole world talking.

An already iconic dome-shaped exterior notwithstanding, it’s been dubbed the world’s first Apple store to sit on water. Seems like an oddly specific accolade for a store, but who are we to judge? We can’t deny that it looks seriously cool, and it got us thinking: how do other Apple stores around the world compare? We’ve compiled a list of some of the most unique Apple stores that stands out around the world.

Oh, and we’ve also got a neat ‘hack’ to score cheaper Apple products with your YouTrip card. We’ll show you how in just a bit! 😎

One of its largest stores in Europe, the Apple store on Regent Street in the UK almost embodies Apple’s penchant for minimalist design. Large windows, bright lighting, and an extremely spacious interior make this place a pretty distinct feature on one of London’s busiest streets. Not forgetting the huge Apple flag that hangs over its entrance, of course.

Inside, you’ll be greeted by almost another mall itself, with even a mezzanine to overlook the buzz and activity happening below.

The coolest part about this store? That you can’t even see it at ground-level. A 32-foot glass cube emblazoned with the Apple logo is what makes this store iconic. And that isn’t an exaggeration either. It’s supposedly one of the most photographed spots in the entire city as well! Not bad for just store entrance.

A staircase in the cube is what leads to the huge store that awaits underneath. So huge that it’s indeed the largest Apple store in the world. Despite being underground, the interior of the place includes indoor trees and green walls, alongside the standard rows and rows of Apple merch, of course.

Another underground store, modelled after its New York counterpart. Yet despite the obvious inspiration behind it, you can’t deny how eye-catching this store is on its own accord. At this courtyard in Shanghai, instead of a traditional storefront, the only thing identifying Apple’s presence is a brilliant glass cylinder extending out of the ground.

Once you’re done marvelling at the structure, the actual store itself is an impressive sight. Enter the cylinder and walk down the spiral staircase to find the sprawling underground store, bright and decked end-to-end with the latest Apple goods for you to play around with.

While the other stores on this list give off bright, open vibes, Apple’s flagship Tokyo store does it with a twist. Instead of the standard windows that give you a peek into the space inside, this store keeps it hidden from view with a curtain of bamboo instead. Talk about Zen!

And despite it looking completely different from other stores you may see around the world, it still manages to remain distinctively, Apple. While the interiors are nothing to shout about, you can see from its entrance that it’s definitely made to welcome the crowds!

Taking open-concept to a whole new level. Or maybe three whole levels. Apple’s Sydney store first grabs your attention with its glass facade that extends up through all of its three floors!

A newly refurbished venue, there’s clearly been lots of focus on the interior of the space. LED panels are on nearly every wall, to show off all the latest gadgets to any visitor. There’s also even a bigger space, called the Forum, for Apple’s iconic ‘Today at Apple’ classes.

We’ve actually found out that many of the popular Apple products are cheaper on overseas online stores like Amazon US! Check out our guides to getting a cheaper pair of AirPods or iPad Pro, simply by spending in USD.

Of course, when spending in any foreign currency, you should always use your YouTrip card to take advantage of our Wholesale Exchange Rates for maximum cost savings!

If you still don’t have a free YouTrip card yet, sign up with promo code <APPLE> to receive a sweet S$5 in your account!

Sephora vs Cult Beauty: Who Has Cheaper Skincare & Makeup?

A&F Hack: How to Use VPN For Cheaper Prices

How to Get Cheaper Kindle Paperwhite From Amazon US