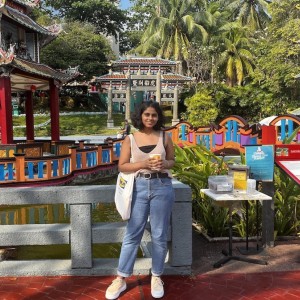 With the most anticipated race of the year just around the corner, here are some giants of the music industry ready to take over the stage for an epic F1 weekend!

We’ve missed the Singapore Grand Prix in the lost years of the pandemic, but as the race finally gets back on track at the Marina Bay Circuit, it returns with a bang! The trackside entertainment has formerly hosted celebrated artists like Muse, Red Hot Chilli Peppers, Gwen Stefani, and Swedish House Mafia before and this year is no exception to the grandeur. With a glorious line-up of artists such as Marshmello, Green Day, the Kid Laroi, and more, honoring the Padang Stage on the F1 weekend, this race this year sets itself up for an unforgettable comeback. Read on to discover all about the music that’s playing at Singapore’s F1 Grand Prix 2022!

Let’s start with the headliners:

Any music of the iconic masked artist with a broad smile and big eyes is sure to make you Happier. Grammy-nominated Marshmello garners over 12 billion streams on Spotify, with hits in collaboration with other artists such as Juice WRLD, Halsey, Jonas Brothers, and Bastille that range from EDM to pop. Find yourself listening to Friends or Leave Before You Love on repeat? We do too. Catch him live on September 30, at the Zone 4 Padang Stage!

Psst. Did you know that Marshmello also has an actual brand of chocolate-filled marshmallows called “Stuffed Puffs”? Very on brand!

One of your OG boybands, Irish group Westlife hits you with some classic ballads and with those beloved key changes. 12 of the Irish pop band’s 18 studio albums hit Number One on British charts, and they’ve recorded a total of more than 24 million in sales in the UK itself! With over 20,000 fans in their last sold-out concert in Singapore in 2019, the band returns to perform at the Padang Stage in Zone 4 on Saturday, 1 October.

With six Grammys under their belt, Black Eyed Peas are the classic and best-selling act in town. While the 2000s hits like Where is the Love and Pump It play across decades and generations, the eclectic blend of hip-hop and pop remains evergreen. The band members will.i.am, apl.de.ap, Taboo, as well as J. Rey Sou, now return to collaborate with artists across different genres and sounds like Shakira, David Guetta, J Balvin and Maluma, and more. Find them performing at the Padang Stage on October 1, and again on the Wharf Stage in Zone 1 on October 2.

TLC is undoubtedly one of the pioneers of neo-rap and R&B revolution in modern music while also being one of the most successful American girl bands in the 1990s. The band, now a duo of Tionne “T-Boz” Watkins and Rozonda “Chilli” Thomas, brings hits such as Waterfalls, Creep, No Scrubs, and Unpretty. They have also blended the late third member, Lisa “Left Eye” Lopes’, old recordings into their music to bring out its original TLC touch. With 70 million records sold worldwide, four Grammy Awards, two RIAA diamond-certified albums from a total of four multi-platinum albums, and a plethora of other accolades, the band has little left to prove. Find yourself in the nostalgic and iconic, turn of millennium music of TLC on October 01 on Zone 1 Wharf Stage.

Music At Singapore’s F1 Grand Prix 2022: Listen to The Kid Laroi on Spotify.

And last but not the least, to wrap up the night, we have, the one and only (drumroll)… Green Day!

Twelve years since its last concert in Singapore, the band returns to enthrall its audience one more time with catchy riffs and cheeky lyrics. The legendary American punk rock band brought a new touch of amiability to 90s punk rock, fuelled with excitement in every chord. Let waves of nostalgia wash through you as record-breaking hits such as American Idiot, Good Riddance and of course, aptly, Wake Me Up When September Ends play on. Green Day performs on October 02 at Zone 4 Padang Stage.

Local Acts that will rock the General Stage:

While the headliners take over the Main Stage, here are some great local acts to take note of:

Inch Chua or iNCH is an internationally acclaimed recording and performance artist from Singapore. Her music has touches of chamber pop, folk and electronica influences, all delicately tied together with light, chiming vocals. She was awarded Best Sound at the 2020 LIFE! Theatre Awards for her multisensory theatrical music production in ‘Til The End of the World, We’ll Meet In No Man’s Land. You can find her performing on September 30 and October 2 at Zone 4 Downtown.

Want to take it a little chill this time? Try Altoduo, an instrumental fusion band that combines for you the elements of Mathrock, New Age, and Chillhop. As complex synths and melodic bass weave into each other, Altoduo’s music offers a calming yet conceptual experience. Altoduo brings a refreshing moment of new-age music and sensibilities in a fast-moving world. Watch them live from September 30 – October 02 at  Zone 1 Sunset Stage.

Here is some local Hip-Hop! ShiGGA Shay adds a spicy touch of Singlish into his Jay-Z and Biggie-influenced, tightly-worded hip-hop, and rap. Labeled as “The Unsigned Talent of the Week” by WorldStarHipHop and multiple #1 singles on the iTunes Singapore charts, ShiGGa brings forth his Singaporean culture to an international stage and audience, garnering him commercial success globally. Shay has opened for the Wu-Tang Clan and also appeared alongside Jaden Smith on stage. ShiGGa performs live from September 30 and October 01 at Zone 4 Esplanade Outdoor Theatre.

Now that you’re fully equipped with the best acts at the 2022 Formula 1 Singapore Grand Prix, all’s that left is to know all the words to your favourite songs! While paying for your tickets or buying your most desired merch, don’t forget to make use of your YouTrip Card to lock in those wholesale exchange rates and skip those pesky bank fees.

If you don’t have a YouTrip card yet, use <BLOG5> during your sign-up to enjoy a free S$5 in your account! Be sure to check out our YouTrip Perks page for exclusive offers and promotions too.

For more great tips and guides like this, join our Telegram(@YouTripSG) and subscribe to our free weekly newsletter here or down below!

Stay safe and enjoy the show!