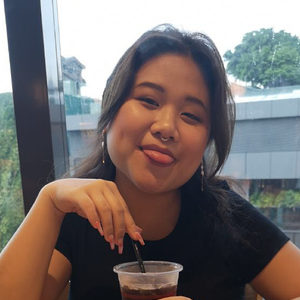 Keep a lookout for this list of common scams and tourist traps in Bangkok, Thailand during your next vacation – keep your money safe from scammers!

Bangkok is a popular vacation spot for many people, and for good reason. Their majestic temples and landmarks, unique shopping spots, and divine Thai food are hard to find anywhere else! The majority Buddhist nation is also one of the friendliest around – most locals are more than happy to chat or give you directions.

However, Bangkok’s popularity with tourists also means that there are people who are willing to take advantage of a tourist’s unfamiliarity with the country. It may not be as bad as losing S$9,000 in Japan, but losing money is still losing money. Here’s a list of popular tourist traps and scams to look out for on your next Thailand holiday.

1. The Grand Palace is Closed

There are plenty of tourist attractions with locals milling about the entrance. In the case of The Grand Palace, one of Bangkok’s most famous landmarks, you may even be fortunate enough to find a guide in front of the palace!

However, when your newfound friend brings you to enter the palace, you’re denied entry by the guards. He tells you it appears the temple is closed. Well, this is because there are separate entrances for locals and tourists, and he deliberately brought you to the wrong one.

A real wrench in your plans right? Well lucky for you, this guy knows a secret little spot to bring you to. There’s a few places your kind “guide” might take you to and the most common is a jewellery shop. Once inside, you’ll see numerous “tourists” such as yourself buying gems from the store. Your guide and the store owners are better acquainted than you’d think – to be frank, they’re in cahoots!

This is exactly why their stories are so similar, that this is a once in a lifetime deal, and that you can make a small fortune selling these gems back home! Unfortunately, they’re not gems. In fact, they barely qualify as trinkets.

To avoid being a victim to this scam, make sure to do your research on the attractions including opening times, admissions tickets, and the like.

Last but not least – don’t panic if the attraction you planned to visit is genuinely closed. There’s always so much more to explore. Unexpected adventures when things don’t go as planned are the best part of taking a holiday!

We all love cute, cuddly animals, especially the wilder variety that you may not get to see that often. Much to your relief, Bangkok has a bunch of animal cafes that brings you up close and personal with these exotic animals in a cozy cafe setting. Alpacas, fennec foxes, and meerkats await – and doesn’t that just sound lovely?

The thing is, it isn’t. Prices are often exorbitant and some even have a cover charge on top of their inflated prices for drinks and food. The surroundings are often less than clean too. The worst part? Multiple cafe goers have attested that the animals appear to be listless, sedated, and kept in cramped conditions.

Save yourself the money and spare these animals from being poked and prodded at any further. If you absolutely must get your dose of cute animals, cat cafes would be the place to go, since cats are meant to be kept indoors anyway!

Ah, the good ol’ tuk-tuk tourist trap in Thailand. While tuk-tuks are great fun and an experience to be had, we would have to recommend against taking them as a regular means of transportation.

They’re overpriced, pretty dangerous, and it’s easy for the tuk-tuk drivers to take advantage of you. Be it dropping you off at shady places where they earn a commission from your purchases, going the long route and charging you extra, or just straight up overcharging you. Take a private hire instead to save you all that trouble.

In conjunction with tuk-tuk scams, Somboondee Seafood Market is perhaps one of the most popular tourist trap in Bangkok.

As they say, “same same but different”. Somboondee is a restaurant operated by a mafia member (according to the locals in several Tripadvisor reviews) which serves subpar seafood at incredibly inflated prices. There are also reports that the bill will have mystery food added to the bill that you never ordered or received.

This is a common scam around Southeast Asia in tourist hotspots like Bali, Phuket, and (surprise, surprise) Bangkok.

This scam often takes place in smaller, mom-and-pop shops such as convenience stores or night market stalls. The premise of this trick banks on the cashier knowing that you’re unfamiliar in handling Thai Baht, and shortchanging you. For a more dramatic twist, sometimes the cashier swaps out your real bill for a fake one and asks you to pay again.

When shopping in Bangkok, ensure you keep track of your money when making payment. This scam only works if you’re unfamiliar with the currency, so it may be helpful for you to memorise the first few digits of your bank note serial number when making large payments. If possible, we’d recommend using your YouTrip card instead (wherever possible) to minimise the instances of this happening.

While we know that this may make you a little more weary on your travels, it’s important to remember that most people you’ll meet in Thailand are great, friendly people – you’re in the land of smiles after all!

Read: How I Booked a Ghost Flight to China