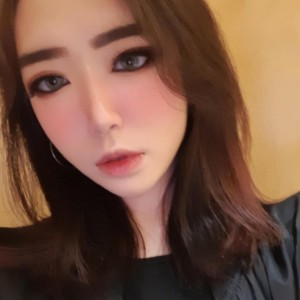 True paranormal activity or simply superstitious tall tales? Whether you’re a firm believer or a sceptic, there’s no debate that hotels are definitely one of the most common places in which scary stories or encounters of the supernatural manifest. Here are the spine-chilling stories of the 4 most haunted hotels in Asia.

Disclaimer: Most of these encounters are personal to the hotel guests and unverifiable, but we hope you’ll still be able to enjoy these spooky stories!

Located in the bustling Xinyi district (one of the best areas to stay in Taipei) that’s known for its glamorous city life, it’s difficult to believe that this opulent hotel right next to the iconic Taipei 101 could be haunted.

Still, rumour has it that the hotel houses more than just your average hotel guests. Guests of the Grand Hyatt in Taipei have reported phantom activity in their bathrooms like toilets flushing again and again even when untouched (and no, they were not faulty!), spooky snoring that didn’t belong in the room, and even accounts of jarring knocks on the room doors in the dead of the night.

While lavish and beautiful now, it’s said that the land that the hotel has been built on has witnessed a much more brutal past: It was allegedly a prisoner camp during the era of World War 2 where many cruel executions took place.

In the lobby of the hotel, you’ll find two gigantic Taoist ”talismans” hanging on both sides, which many imply were used to protect the hotel from its uninvited guests. Grand Hyatt Hotel Taipei rebuked this claim, stating that the ”talismans” were merely gifts meant for good fengshui. 🤔

Albeit being one of the most popular luxury hotels in Taipei and garnering many good reviews for their excellence, ghostly talk of the Grand Hyatt Hotel in Taipei still lingers.

Here’s a word of advice that has been circulating on the web: If you’re checking into Grand Hyatt Taipei, make sure to check the back of paintings in your room for Taoist talismans. If you find one, it’s best to request for a room change – lest your peaceful slumber be disturbed by some phantom roomies!

UPDATE: Grand Hyatt Taipei has reached out to YouTrip to say that prior to the hotel’s construction in 1988, the land was occupied by a military warehouse and vehicle factory. Local historians have also confirmed that no prison camps were located on or near the grounds. Since 2015, the talismans have also been removed during a refurbishment “as they did not match the hotel’s newly revamped contemporary décor.”

This doesn’t come as a shock to many, as First World Hotel has an integrated casino. Over the years, many gamblers have taken their own lives in the very premises of First World Hotel out of desperation, making it the backdrop of many ghost stories to be told on the long drive up to Genting Highlands.

Hotel guests have reported cases of being ‘pressed’ by ghosts while sleeping on the bed and glimpses of unknown figures. There are also stories of a ‘cursed’ 21st floor in which the hotel lift never stops at!

First World Hotel currently holds the Guinness World Record of being the largest hotel in the world (based on the number of rooms), with a whopping 7,351 rooms. Rumour has it that many of these rooms are now permanently vacant to appease some of the less-friendly guests of the hotel.

Located just a stone’s throw away from Narita Airport, Hotel Marroad International is a very popular transit hotel in Japan. Staying here while waiting for your next flight seems almost idyllic: Gorgeous airport runway views, amenities like gyms and saunas, and most importantly a comfortable bed to rest on – if you can.

According to an account by a former flight attendant that was staying at the Hotel Marroad International, it seems like the sound of airplanes taking off from the airport runway isn’t the only sound that’s going to keep you up at night.

The encounter goes as such: The flight attendant was unable to get a good night’s rest because she had been kept awake by the sound of a leaking tap and also loud, scrambling footsteps coming from the room above hers. Many might think it’s not a big deal (there has been some reviews of the hotel having poor soundproofing), and it might just be that the guests upstairs were unaware of the noise that they were making. But here’s the catch – the flight attendant was staying on the highest floor of the hotel.

Perhaps even more ghastly than the story recount of the flight attendant, the Hotel Marroad International holds a grisly and unfortunate story behind the doors of Room 1272.

In 1999, members of a cult occupied Room 1272 in Hotel Marroad International. After months of refusing housekeeping and ignoring the management’s requests for them to vacate the room, police were finally called in. What they found in the room was beyond gruesome: A mummified corpse dressed in a bathrobe was laying on the bed, illuminated by candlelight. The decomposed body filled the room with a stench of rancid flesh, and had a “green face”.

He was the late father of one of the cult members, and was being ”treated” by the cult leader (who insisted that the victim was still in fact, alive). Police later confirmed that the victim had already been deceased for at least four months upon discovery.

Though old, Hotel Presidente Macau still sees many guests thanks to its prime location, with it just being a short walk away from many of Macau’s hottest casinos and tourist attractions. That being said, many of the hotel reviews also implied that stays at the hotel were less than satisfactory – and that’s not just due to the mouldy bathrooms and dusty floors.

According to an account of a hotel guest, the disturbing smell of pungent perfume wafted through the bathroom every single time she stepped in, despite the fact that she was not wearing any perfume (nor did she bring along any altogether) during her stay. Her make up products, in which she had thoughtfully organised on the countertop before going to bed, always became a mess when she woke up the next morning.

Wherever you’re staying for your travels (haunted hotels or not), don’t forget to bring your YouTrip card along to utilise YouTrip’s Wholesale Exchange Rates for favourable currency exchange rates!