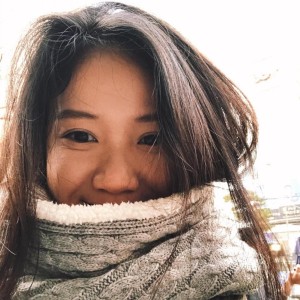 Bling Empire is Netflix’s latest reality TV show, featuring real Crazy Rich Asians – putting the actual movie to shame. For the majority of us who can’t afford the Bling lifestyle, here’s how we’re recreating some of the show’s iconic outfits on a budget!

It’s barely been a month since Bling Empire launched on Netflix, and we’re already trying to recreate their outfits to vicariously live through the casts’ experienced glitz and glamour. While our wallet cried out “No!” to the show’s featured Chanel, Dior and Louis Vuitton, we managed to find out how to go budget while retaining the bling.

“If you can’t be rich, at least have rich friends at least learn how to dress rich”. Here’s how we’re recreating some of our favourite outfits from these iconic scenes!

Set the stage: Jaime, Kevin, and Kim are just chilling by the pool at Kim’s apartment (because it’s normal to own large swimming pools in this show?) But Jaime forgot to bring a swimsuit. Kevin glanced over, and carried her into the pool while she was in a super cute white dress.

Set the stage: Kevin was feeling thankful for his ultra-high net worth friends, who brought him to many swanky events and showered him with endless gifts. To show his appreciation, he invites his new crew to another rich friend’s rooftop party (yup, not his). Despite all these happenings, the only thing that caught our attention was Kim’s showstopper of a dress.

Set the stage: Kevin isn’t rich, but he’s a pretty good looking model. Being a true friend, Kane decided to throw a surprise birthday party for Kevin in an attempt to make him feel part of the elite group. But the only thing that’s elite to us is the Versace Pink jacket that Jaime had on at the party.

Set the stage: Cherie wasn’t able to be by her late mother’s side as she passed on. She reached out to a famous Hollywood medium in an attempt to connect with her late mother again. While speaking to her guest, she was spotted wearing an iconic Dior bralette.

Set the stage: For yet another random shopping session, Jaime, Kane, and Kelvin decided that shopping local isn’t going to cut it for the day. So they hopped on a private jet, splashed some cash and did a photoshoot to commemorate their hauls. This scene got us penning and jotting every outfit detail for future references, but Kane’s custom Dior blazer stole the show for us.

Bling It With YouTrip!

While we don’t have a Dior personal shopper making trips to our home, we can still embrace the haute couture… on a budget. And when you decide to do so, don’t forget to use YouTrip to pay for your outfits and save immediately with that Wholesale Exchange Rate – because we’re savvy that way.

If you still haven’t gotten your free YouTrip card yet, use promo code <BLOG5> to sign up and receive a free S$5 in your account. 😎

*All currency conversion rates are accurate to nearest dollar on 3 February 2021 SGT 10:30

How Much Does Naomi Neo’s Lamborghini Cost?