BTS’ Jungkook: 4 Products That The K-Pop Star Accidentally Helped To Sell Out 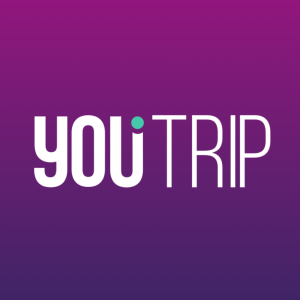 BTS’ Jungkook was just confirmed to have co-written the official OST for an upcoming Japanese Film “Signal”, and we’re living for it! Producer Jungkook’s charm is undeniable, and we’ll share with you why. Here are 4 products that Jungkook has helped to sell out, and how you can get them in Singapore!

If you’re a K-Pop stan, chances are you’re already well acquainted with BTS – especially Jungkook. And you probably already heard his latest co-written OST “Film Out” for “Signal”, a Japanese film adaptation that was first inspired by the original Korean TV drama in 2016.

We know that K-Pop stars’ have one of the strongest selling power out there. But what you might not have realised is that BTS’ Jungkook is also lovingly termed as the “Golden Maknae“. “Maknae” refers to the youngest person of any social group, which makes sense for Jungkook since he’s the youngest in BTS.

But he’s the Golden Maknae because he’s good at everything – sports, arts, gaming, and clearly producing! We’ll show you why Jungkook has an undeniable charm of his own. Here are 4 accidental product endorsements that led to them being sold out worldwide!

When Jungkook announced that Downy fabric softener was his preferred choice for laundry, fans of the Golden Maknae took to buying all two months worth of Downy’s supply! Downy even had to release an official statement on the stock situation, which caused quite a stir for affected businesses.

This circumstance led to Jungkook not having any of his favourite fabric softeners for himself – leaving his fans pleasantly amused.

It’s still currently sold out, but bookmark this to grab it when it’s available

Jungkook’s fans have amazing attention to detail. When they noticed their Golden Maknae using a particular carrot phone case, they searched the web to hunt for the exact one – crashing the brand’s website as a result. But it’s finally back on the site!

We’re thankful that Jungkook advocates for wholesome habits like good oral hygiene because the next item that he accidentally endorsed was a toothbrush from WANGTA.

By the day’s end of the video’s launch, the specific toothbrush model had been out of stock across Amazon and Korea’s major online shopping sites. It’s finally available again, so grab it quick!

And remember to unlock even more savings when you tap on YouTrip’s wholesale exchange rates for all your overseas online shopping! (P.S.: If you’re not sure how to spend in Korean Won with your YouTrip card, check out this guide!)

Not on YouTrip yet? Get free $5 credit when you sign up for a new card with the promo code <BLOG5>!