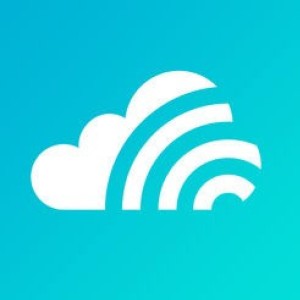 Explore the best of Jeju Island on a budget with this 4D3N self-drive itinerary covering attractions like Seongsan Ilchulbong, Jeongbang Waterfall and Hallasan National Park.

This article was first published on Skyscanner.

Many travellers wonder if it’s possible to enjoy Jeju Island on a budget. After all, its reputation as the “Hawaii of Korea” gives the impression that a holiday in Jeju Island is going to be expensive. In fact, Jeju Island has many affordable attractions, cheap eats, and budget-friendly accommodation like hostels and guesthouses.

Here, we’ll share with you a feasible 4D3N self-drive itinerary for Jeju Island.

Why self-drive in Jeju Island? While you could get around by buses, the island’s public transportation isn’t tourist-friendly and you’ll need lots of energy and time for navigation. On the other hand, renting a car can be economical, especially when you’re travelling in pairs or in a group. Driving also affords you the freedom to travel at your own pace and bunk in for the night anywhere along the road.

To drive in Jeju Island, you will need to apply for an International Driving Permit (IDP) in your home country if you don’t have one already. There are many car rental companies to pick from, but it’s simpler to search and book your Jeju car rental on Skyscanner to easily narrow down your options based on budget and preferences.

Car rental prices vary greatly according to the car model and the rental provider. In general, for a four-day trip, you should be able to find a rental car for around SGD 150, including perks like third party liability and personal accident insurance. Considering that Jeju Island runs only 73 kilometres from east to west, you won’t finish a full tank. You can budget around 35,000 (SGD 43) for petrol, which costs around 1,420 won (SGD 1.75) per litre.

Skyscanner Tip: Keep in mind that cars on Jeju Island have a left-hand drive; if you have no experience with this, you’ll need to be mentally ready for the challenge. Also, do remind the car rental company that you will need an English version of the GPS.

Based on this itinerary, you will be based in Seogwipo, the second-largest city on Jeju Island. Highly-rated and budget-friendly stays in the heart of Seogwipo include Mimong, Gudeok Guesthouse and Backpacker’s Home. You’ll be driving to your choice of accommodation at the end of the first day.

However, if you are tired to make the drive to Seogwipo, you could rest for a night at the eastern end of the island such as  Sun Flower Minbak or The Best Jeju Seongsan, before continuing your drive to Seogwipo on the second day.

Some of the recommended stays include options for dormitory rooms, but they also have value-for-money private rooms costing less than 40,000 won (SGD 49) a night.

All things added up, a 4D3N trip on Jeju Island should cost you between SGD 350 to SGD 400 per person if you’re travelling in pairs.

Once you have your rental car, accommodation and budget settled, it’s time to hit the road!

While you’re in the vicinity of Jeju City, take some time to drop by Dongmun Market, particularly their seafood and cooked food sections for some local delicacies. You could sample typical street snacks such as sundae (blood sausages) and eomuk bokkeum (stir-fried fish cakes) here. Once your tummy is filled, consider making a detour to LOTTE Mart Jeju to stock up on Korean snacks for the upcoming drive.

Ready for the sightseeing? Your first destination, Manjanggul Cave, is approximately an hour’s drive away. Also known as Manjanggul Lava Tube, this UNESCO World Heritage Site is a marvellous cave that was formed by the spouting and movement of lava. Visitors can explore one kilometre along the tunnel which stretches over 13 kilometres in its entirety. As the ground is uneven, put on appropriate shoes.

Get back on the road for a 30-minute drive to the eastern end of the island. Yet another UNESCO World Heritage Site, Seongsan Ilchulbong (or Sunrise Peak) came to existence after a volcanic eruption over 100,000 years ago. Its peak is a large crater surrounded by rocks, while its edges weave into cliffs or verdant hills leading to the sleepy village of Seongsan. This area is great for walking, but be prepared for uphills and plenty of steps!

Next, take in the coastal views and ocean breeze along Seopjikoji, the filming site of Korean shows like Gingko Bed and The Uprising. In spring, yellow canola flowers burst into full bloom in a show of floral fireworks. Even during other seasons, strolling along the boardwalk to the lighthouse, with Seongsan Ilchulbong as the backdrop, makes for a beautiful experience.

Depending on the time of the day, you might be able to make a quick jaunt to Udo islandand cycle the afternoon away. Udo island can be reached from Seongsan Port via a 15-minute ferry ride.

The second day of your itinerary will take you slightly more than 50 kilometres away to Jeju’s second-largest city, Seogwipo.

Start your sightseeing at the magnificent Jeongbang Waterfall, the one and only waterfall in Asia to empty right into the ocean. Five minutes away is Cheonjiyeon Falls, which reveals itself after a pleasant walk along a scenic path. If you’re getting hungry, you’ll find plenty of food stalls in the vicinity. Take a break from the waterfall-hopping tour at Saeyeongyo Bridge, a pedestrian overpass that links Jeju Island with the islet of Saeseom, on which you can make a quick 20-minute circuit. Continue to another free attraction, Oedolgae Rock, to marvel at the solitary volcanic basalt pillar measuring 20 metres in height

The last two attractions for the day lie around 20 minutes west. The Jusangjeolli Cliff is a must-visit for its unique geological features. It comprises a stretch of hexagonal lava columns lining the shoreline and breaking the crashing waves. The Cheonjeyeon Fallsmay be the last of the three waterfalls you will visit today, but it actually comprises three different waterfalls in itself! The surroundings are gorgeous, with thriving plant life, caves, pavilions, and the famous Seonimgyo Bridge which has seven nymphs carvings.

Your third day will involve just one destination, but a major one: Hallasan National Park. Within it is Hallasan Mountain, the iconic landmark of Jeju Island. Towering 1,950 metres above the sea level, Hallasan is actually a dormant volcano with one dominating peak. It’s home to a treasure trove of flora and fauna, numbering over 1,800 kinds of plans and 4,000 species of insects and animals.

Avid hikers who would like to scale to the peak should take to the slopes early in the day. The two trails leading to Baeknok Lake, which is the crater lake at the top of Hallasan are the Seongpanak Trail and Gwaneumsa Trail. These trails stretch 9.6km and 8.7 kilometres respectively each way, requiring around four to five hours to complete. The more casual walkers can opt for Eorimok Trail or Yeongsil Trail. Both of these trails will take around three hours each way, and they terminate at the Witse Oreum shelter. Whichever trail you opt for, they are guaranteed to be scenic no matter the time of the year.

Needless to say, you should be well prepared in terms of your dressing. Wear sturdy shoes and pack extra layers as the temperatures tend to be lower at higher elevations. You should also bring enough food and water as you may not pass a single vendor along the way.

Depending on your flight time on your final day, you could either hit the fastest route to Jeju Airport, which would take approximately 50 minutes, or you could take your time and pop by some places en-route. Before setting off, visit the largest market in Seogwipo, Seogwipo Maeil Olle Market for some last-minute souvenir shopping or to tuck into foods like Korean fried chicken, traditional rice cakes and fresh sashimi.

On the road, an awesome stop and also a free attraction is the O’sulloc Tea Museumwhich serves to share the Korean tea history and tradition. It comes with a cafe, a shop where you can get your hands on matcha products, and a view of an endless tea plantation outside. If you’re a fan of beauty products, walk over to the Innisfree Jeju House where you can mould your own natural soap, make a personalised mask pack and try on cosmetics.

More time to kill? Head on over to the west coast which you have yet to venture to. A fifteen-minute drive will take you to the start of the Sinchang Windmill Coastal Roadwhich winds along a windswept landscape dotted with windmills. These massive wind turbines are found not only on land but also offshore, and they give you a peek into how clean energy can be harnessed. The large white blades against the backdrop of the emerald seas make for great photo-taking opportunities as well.

Once you’re ready, follow the coast for 40 kilometres until it leads you back to Jeju City where you can return your rental car and make your way to Jeju Airport. You may have a heavy heart at this point in time, but try to be positive – you’ve had a fruitful trip that was jam-packed with the incredible sights, sounds and tastes of Jeju Island.

Read: Best Things To Do In Ho Chi Minh City

Read: Best Things to do in Harbin: Itinerary Guide