TOTO: 5 Strangest Lotteries Around The World 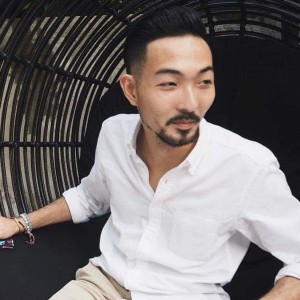 The recent TOTO draw was a disappointment to most, but here’s a special feature to tide you through this TOTO fever! Here are 5 weird lotteries that are a mix of smart, mind-boggling, and simply out of this world.

The S$12 million Hong Bao TOTO draw was some weeks ago. Needless to say, queues were snaking around blocks at most Singapore Pools outlets at noon. I heard my friend queued for almost an hour in hopes of getting a piece of that lottery pie!

It also appears that the winning pot wasn’t split, as there was only one winning ticket that hit the jackpot. I can’t help but wonder what they’re going to spend on, but it’s surely not on travels!

Since we can’t travel yet, the next best thing is to virtually explore the world. And what better way to beat the TOTO fever than with a trip around the world’s strangest lotteries?

Why do people buy TOTO?

Before we dive in, I thought it would be interesting to share what I read about the psychology of lotteries like TOTO. People don’t buy a TOTO ticket expecting to win.

What they are buying is a wish, and a space to think about what they could do with the prize money. Of course, the odds of winning is almost 1 in 14 million. And those odds are definitely stacked against them.

It sort of makes sense, doesn’t it? If you see a queue outside the Singapore Pools outlet nearby, that’s probably a line of people with the belief that the odds are in their favour!

Now, on to the strangest lotteries around the world!

Money may not grow on trees, but these lottery tickets certainly “Bring Home The Bacon” – as it was called by the Indiana State Lottery in 2015!

Before you bite into this tidbit, the tickets were (most likely) inedible, but scented to smell like the delicious crispies you find on your breakfast plate on a good morning. All you have to do is scratch and sniff! As if that’s not enough, you can also win up to US$10,000, or a 20-year supply of bacon!

This also inspired a slew of food-inspired lottery tickets like a maple syrup scratch-and-sniff, BBQ-scented tickets, and a Hot Sriracha variant. Now that’s got me drooling…

How do you make a fineable offence fun? Road safety is nothing to joke about, but it sure became an incentive when there’s money to be won.

In Stockholm, Sweden, there was an ingenious idea that allowed people who adhered to the road’s speed limit to win the lottery! Fines from errant drivers are used to make up the prize pool. And drivers who are obedient and stay within the limit are snapped by the camera and automatically placed into the draw.

3. Lottery To Meet The Pope

The Pope has always been a major celebrity amongst his followers, so it’s not uncommon to see flocks of people clamouring after him as he goes on an excursion.

When he visited the United States in 2019, it was a big deal as he was the first Pope to address the US Congress. A lottery was held for the 94 million Catholics in the US to win a chance to meet him! No wonder they call him the rockstar Pope.

In China, tax evasion is a common problem as retailers attempt to avoid tax by under-declaring their transactions.

To solve this, the government instituted a system that incentivises consumers to ask for their receipts. Every receipt becomes a scratchcard that allows them to win a cash prize. Retailers are forced to issue receipts, which encourages them to report their transactions conscientiously.

If you ask me, it sounds pretty similar to us getting cashback on your purchases here!

On a more sombre note – in 2011, India implemented a lottery that encourages individuals to go for sterilisation. As its size has grown to about 1.3 billion, the government hopes to reduce the population’s birth rate to avoid surpassing China’s population size.

Every individual who opts for sterilisation will automatically be entered into a lottery that awards cars, televisions, motorcycles, and food blenders. Quite a strange and controversial lottery, don’t you think?

All lotteries involve a certain amount of luck, but here’s a sure win!

Lotteries may be about giving participants a sliver of hope, but the odds of winning are minute.

If you or someone you know is battling a gambling addiction, the National Council for Problem Gambling can help. Call 1800-6668-668 for professional counselling, or contact their live support online.

While we won’t be able to travel to sniff out a bacon-scented scratch card, we can still dream about it! Why not get prepared for that trip and sign up for YouTrip – if you haven’t already! Use the promo code <BLOG5> to sign up and receive a free S$5 in your account, no luck involved!

For more great guides and tips like this, join our Telegram Community (@YouTripSquad) and subscribe to our free weekly newsletter here or down below!

5 Unique Items Found In 7-Elevens Around The World

8 Haunted Tourist Sites in the World

10 Best Breweries & Bars You Must Visit in Hong Kong