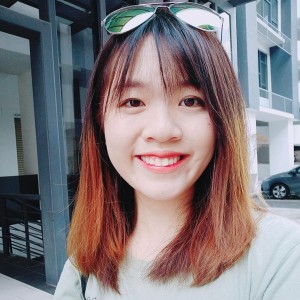 Krabi is one of Thailand’s best islands to unwind from the daily hustle. From island-hopping in speedboats to snorkeling in crystal clear waters, you’ll love this extended weekend getaway!

I took an extended weekend getaway because my boyfriend just enlisted into the army, and I needed to distract myself during his confinement. So together with my friend, we decided on an impromptu trip to Krabi.

When to Go Krabi: Best Season

Krabi is hot throughout the year, but it’s recommended to visit between November and March, when the weather is most comfortable and breezy. Avoid visiting Krabi from June to October, as Krabi experiences heavy rainfall during that period.

Pack your singlets, lightweight tees, and shorts! Krabi’s average highs never drop below 30°C, so be prepared to stay cool in its tropical climate. Don’t forget your sunscreens too!

Read: 8 Genius Travel Accessories Every Traveller Must Have (2019)

How to Get There: Flights to Krabi

We scored a good deal on AirAsia’s flight to Krabi at just SGD $129.20 all-in. We didn’t purchase any baggage allowance for the departing flight, because the carry-on was enough for a 4D3N trip. However, we did buy a shared 10kg allowance for the returning flight, because we knew we would return with souvenirs and snacks! The only downside of the flight was that the returning flight was at 11:30am, which meant we could only enjoy 3 full days in Krabi.

Where to Stay: Hotels in Krabi

I booked Bluesotel Krabi near Aonang Beach. The hotel exceeded my expectations and I absolutely enjoyed my stay there! While they had great customer service and well-designed modern interiors, the rooms were also very comfortable and clean. Many restaurants and bars that open late into the night were also in the vicinity, so that gave us a lot of food options.

We only paid SGD $173 for 3 nights, so that worked out to about SGD $28 per person. I was able to use my YouTrip card to pay in Thai Baht, so that was a plus!

Things to Do in Krabi & Itinerary Guide

We arrived in Krabi at 3:40pm. From the airport, we saw advertisements for island hopping tours, and they came with two-way airport transfers. Pretty sweet deal! So we bought a Krabi Island Hopping Tour Package and a local sim card, before hopping into our private car. The usual airport bus takes about an hour to reach Ao Nang area, so having a private car ride brought us greater convenience. When we arrived at Bluesotel Krabi in the evening, we were greeted warmly by the reception and they served us their signature blue pea mocktail, alongside cold towels to freshen up. After a smooth check-in, we set out to find some food to fill our growling tummies. A restaurant bar right next to the hotel was running a 1-for-1 cocktail promotion, and as veteran deal hunters, we had to patronise! We shared their signature Tom Yum Goong and Pineapple Fried Rice, which were both full of flavour and immensely satisfying. With the cocktails, the bill came up to only about SGD $10.

We spotted a Family Mart down the road, so we went to grab snacks and alcohol for our movie night back in the hotel room.

Day 2: Leaping off a Speedboat

We woke up early to grab pocket sandwiches and drinks from the 7-Eleven downstairs, as we didn’t sign up for the hotel’s breakfast. The tour agency van arrived shortly after, and picked us up with other guests, before setting off towards the popular Ao Nang beach area. Soon, we reached a forested area and were told to alight. The staff then distributed colour bands and we were allocated to the yellow group. Our assigned tour guide, Ohana, led us to board a speedboat at the beach with the rest of the group.

As we were the last to board, all the shaded seats were occupied and we had to sit at the front of the boat. But that turned out to be a blessing in disguise! We had the greatest views and it felt like we had our own private booth. As the speedboat approached the shores of Bamboo Island, we saw the water turn to a gorgeous emerald colour. We hopped off the boat barefooted to explore the island. The feeling of soft, fine sand beneath our feet were so relaxing, and along with the crystal clear waters, it was extremely therapeutic to laze on the beach.

We left the island half an hour later, and ended up in the middle of the ocean, with no land in sight except rocks! The rock formations stood high and bold in the sparkling ocean, and we were soon surrounded by them. Apparently this was where we were supposed to enjoy a swim in the ocean! After donning our life jackets, Ohana told us that “brave souls” could choose to jump from the speedboat, instead of climbing down the ladder. The jump wasn’t too high, but it was still intimidating! My friend kept egging me on, so I screamed and leaped off the edge of the speedboat, plunging into the waters. Seawater gushed over my head, and my lifejacket pulled my body back up to the surface almost instantly. I let out another shriek, but this time out of pure excitement! I was drenched in cold water and adrenaline was pumping through my body.  I ended up being the only person to jump off the boat, but it was an amazing experience!

The next stop was Monkey Island,  but we didn’t have enough time to get off the boat.  The boat driver parked our speedboat really close to the rocks instead for us to snap photos of the lovable monkeys. We then sped off to Phi Phi Island for our lunch. Lunch was a buffet of rice, vegetables, tom yum soup, and spaghetti – simple but satisfying. We were given free time to stroll around Phi Phi Island, but I felt it’s too commercialised and overrated. There were too many boats parked along the shore, and countless of tourist shops littered around the island. We decided to just grab coconut ice cream and sit on the beach to pass time.

Our final stop was snorkelling. The boat stopped near a small shore, and we were given snorkelling masks and life jackets. Most of us were actually really tired by then (myself included), so some of us just stayed on the boat to fish-watch instead!

Our 8-hour tour gradually came to an end, and we were brought back to our hotel. After bathing off all the salt water from our hair and body, we headed to a massage parlour next to our hotel. The massage was cheap and good, and as the peak hour crowd wasn’t here yet, the environment was incredibly relaxing. We then got takeaway pizza and fries before heading back to our hotel room for a chill night.

Our batteries were completely drained from the Island Hopping Tour, so we snoozed until 11am!  After washing up and changing into our swimming costumes, we grabbed Pad Thai, cocktails and beers at a nearby restaurant, which were also really cheap and delicious. Upon heading back to our hotel, we sunbathed at the pool on the lounge chairs and dozed off shortly after. There was also an in-pool bar but the alcohol is pricier than what’s offered outside. However, the prices are still comparatively cheaper than Singapore’s, so perhaps you could still splurge and get your instagram-worthy shot of drinking in the pool! We spent the rest of our afternoon back at the massage parlour. My therapeutic 2-hour full body Thai massage was the most amazing massage I’ve ever had! I told the masseuse that I was aching in my neck and shoulders, so she whipped out Tiger Balm and kneaded my muscles good. It hurt so bad I was yelping, but she kept repeating “no pain, no good!”. By the time she was done, my muscles were relieved to almost jelly state and I felt as if my soul had been renewed. After the massage, we wanted to head to Krabi town’s night market and local supermarket Big C. However, the Songthaew (pickup truck) to town was THB 1,600 (SGD $68), a flat fee regardless of riders. The truck capacity was 8, but we couldn’t find more tourists to join, so we gave Krabi town a miss.

We went back to the restaurant bar we dined on the first day, and ordered 10 cocktails each. As you could probably imagine, we got awfully drunk off cheap cocktails.

Day 4: Back to Singapore

To ease our hangover, I got coconut water, pocket sandwiches, and MacDonalds’ hash browns for our breakfast. The airport transfer driver then picked us up at 8:30am and we left for the airport promptly.

Our Krabi trip was incredibly fun and chill, though rather short. Can’t wait to visit Krabi again and explore more! If you’re also looking for more affordable destinations, check out 5 Cheap Places to Visit During June School Holidays too.