Western Australia’s Cutest Wildlife (and Where to Find Them!) 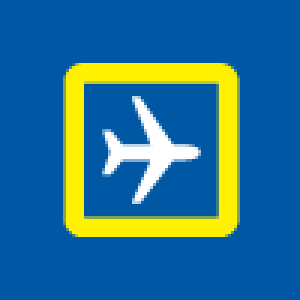 This article was first published on CheapTickets.sg.

The great lands of Western Australia is home to all kinds of wondrous creatures. Curious watchers fly in to Perth and its surrounds to catch a glimpse of these elusive beings, but often find themselves lost amongst the metropolitan bustle, enjoying themselves greatly but often missing out on the animals entirely.

We’re here to make sure you don’t make the same mistake. Read on for a comprehensive guide to finding these Australian exclusives, and even getting up close and personal with some of them!

Most travellers gripe about the elusiveness of the quokka, but they aren’t hard to find if you know where to look! These small marsupials roam the grasses of Rottnest Island, and are incredibly friendly. All you really have to do is head down to the island and appreciate its various other facets – the lovely critters will be popping by to say hello in no time.

Do note that there are certain guidelines when interacting with quokkas – these are set in place to protect both you and the quokkas, and can be found here!

The Australian sea lions are an endangered species around the world, but the bulk of what is left of these precious animals currently take refuge within the protected waters of Shoalwater Marine Park. However, none of this bleakness shows in their temperament – known as the clowns of the sea, the sea lions frolic and sunbathe along the coasts all year round, a sight that can be enjoyed for hours.

Want to get closer to these quirky mammals? Guided tours to see the Australian sea lions usually operate from September to June, a time which minimizes impact on their breeding colonies.

The face of Western Australia’s emblems, the Black Swan is revered in Perth and its surrounds. The best place to catch these majestic birds is at the aptly-named Swan River, where the world’s largest waterfowls gather and nestle. Black Swans mate with one partner for life, and couples converge in Swan River to care for each other and their cygnets.

When not breeding, black swans travel in large flocks, making for quite a sight for those who wait along the river’s edge. However, be sure to keep the awe to yourself – any feeding of the swans will damage their ecosystem as well as their natural foraging instincts, which will do them no favours in the future!

Playful and bright, these wild dolphins love to strut their stuff in warmer waters, and can also be spotted along the Swan River from September to May. Swan River is not their only haunt – head out on a boat and you’ll see them herding schools of fish along the Mandurah and Rockingham coastlines.

Should you wish to spend some time in the water with our water-based cousins, be sure to search for a reputable operator which commits to the safety and preservation of dolphin habitats, and be sure to respect these leviathans when in their home!

In the middle of Swan River there lies an island, connected to the mainland by two bridges. However, that has not stopped adventurous travellers from flocking to Heirisson Island, which doubles as a popular weekend picnic venue and an unexpected kangaroo haven. One male and five female Western grey kangaroos were introduced to this island in 1998, and they have thrived since. Fed twice a day by park rangers, the kangaroos are used to humans being around and are comfortable with being petted.

Of course, being situated in the middle of a river makes for great views you’d never otherwise see – kick back and explore the rest of the island after you’ve said hello to its inhabitants! Standard rules apply – no feeding of the kangaroos, and remember to keep their home safe and clean!

No encyclopedia on Australia’s impressive wildlife will be complete without these icons of cuteness – the koalas! Koalas are usually only found closer to the south of Australia, but you can experience their antics firsthand right here in Western Australia, over at Caversham Wildlife Park!

Visitors often flock to Caversham for the koala photo sessions, which are spread across the day. Either perched on a tree or carried out by a keeper, these photogenic koalas will sit tight as you click away on your cameras, free of charge.

Australia’s wildlife thrives in Perth, but plenty of other species from around the world find refuge in Perth as well – a testament to how loved and respected animals are here! The animal kingdom awaits – jet into the great expanses of Western Australia today!

Read: 6 Best Day Trips From Perth Australia You Must Take

Read: Best Things to Do in Sydney: Itinerary Guide (2019)